Storm Cycles, Amtrak and Montana: A Match Made in Powder Heaven

Last winter, I had the utmost privilege (and I mean that in the most serious way) of working with two of the skiing industry’s up-and-coming skiers: TJ David and Brody Leven. I kid you not, these guys are two of the most stellar gentlemen I’ve ever know. They came to Montana to ski areas along Highway 93 for Skiing Magazine (read all about it here) and to produce an episode (check that out here) of Storm Cycles.

I’m happy to tell you that TJ David has returned to Western Montana with another stellar crew to capture footage for season two of Storm Cycles in partnership with Amtrak. This time TJ and the boys (as I’m now calling them) traveled from Chicago on Amtrak’s Empire Builder to Glacier Country where they’ve been hitting up our ridiculous amounts of snow. From the looks of it, they’ve been in powder heaven.

And because this crew is as great as they sound, they offered to share some of their photos (which are stunning) on the blog so I can share them with all of you.

Here are some photos of the last few days… 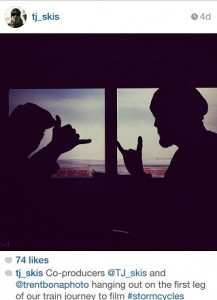 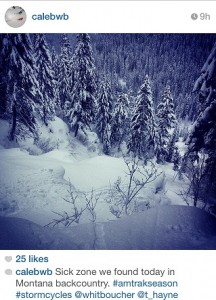 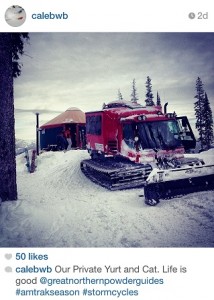 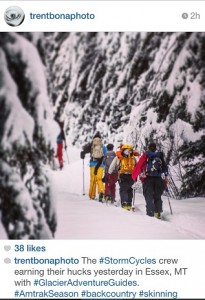 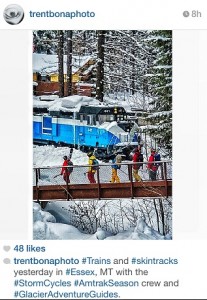 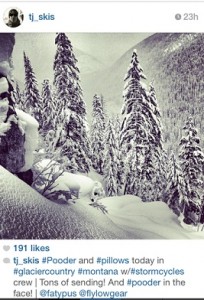 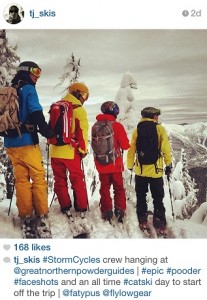 They also put together a little teaser from their time in Western Montana. Check that out here.

Rumor has, from here the boys are headed over to Washington before making their way north to British Columbia. If you want to follow along on their journey, search hashtags #amtrakseason and #stormcycles on instagram and twitter for up-to-date shots of their journey. You can also read more about it on Amtrak’s blog.

Now if you’ll excuse me, I’ve got a train to catch.

Hit the Road—Responsibly—for an RV Adventure in Western Montana

When We Travel Responsibly, We Can Travel Confidently